If you haven’t read part 1, do so here. The Saab might have had the worst trail of paperwork I’ve ever encountered, leaving us with a title with two people’s names on it, neither of whom were the person that sold it to us.

But the good news is that it wasn’t stolen. It did have 15 previous owners, but it was not stolen -which is great because I didn’t want to spend my Monday being asked questions about how I acquired about 3000 pounds of Swedish steel from a man on a side street for $450.

Fast forward a couple days, and we successfully got it titled in our names thanks to the fine help at the local DMV and we were on our way.

It did have about $500 in backfees which, combined with the purchase price for the car, could have bought us an infinitely more timeless NA Miata, or maybe some total crap E36 sedan. Either of which would have been worth putting money into, instead of a badge engineered GM.

We got the oil changed at Jiffy Lube, because we can’t be bothered actually trying to put this guy onto jack stands, plus we had a discount because of a friend of a friend situation.

That same day, we Rugdoctor’d the interior, removing the 15 different owner’s leftovers out of the beige interior, along with oil stains the exact shape of an exhaust manifold. Also, the headliner had to go. I’d like to believe the red stains on it were from someone’s Olive Garden leftovers and nothing else. 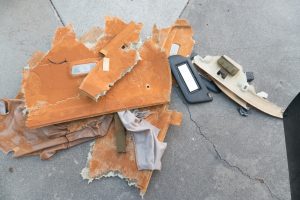 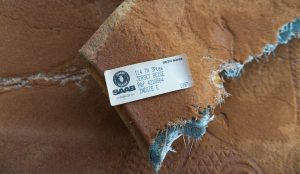 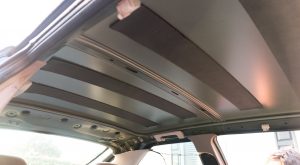 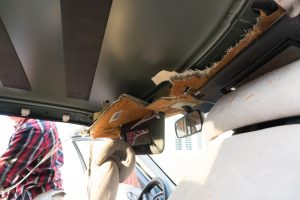 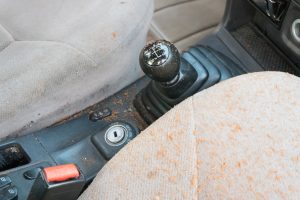 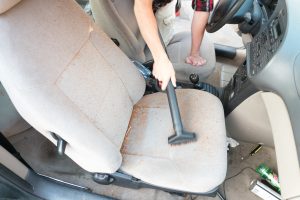 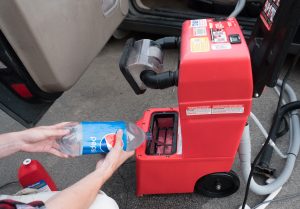 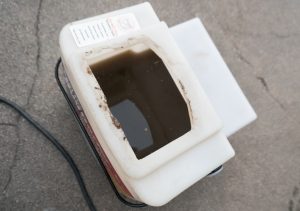 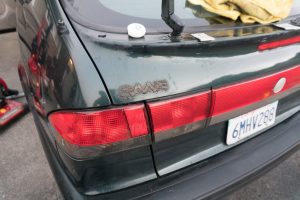 When night came, we took the Saab for it’s maiden (legal) voyage on a nearby backroad and something exploded with me behind the wheel.

Coolant level low, and steam was bellowing out of the hood. No problem right?

We couldn’t find the problem, so we filled it with coolant and one of us attempted to drive it home. That same person ended up overheating going about 85 and being stuck on the shoulder.

This calls for some sort of fix leak and a coolant flush because we can’t be bothered justifying any real repairs.

Long story short, the fix leak kinda worked and after an attempted coolant flush the car was not leaking anymore coolant.

It was leaking vinegar.