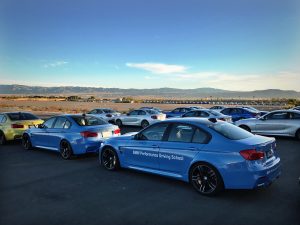 Last summer, Blipshift, purveyor of fine automotive apparel, ran a design contest: Better Off Zed, which called for the submission of BMW Z-car artwork for the ZSCCA car club. The top prize was an all day paid Car Control Clinic at the BMW Performance Center. Here is the design that won. Weirdly, I happen to know the guy who submitted it. His name is Markus and he also just so happens to be my dad. All in all, I was pretty excited about his victory, not only did this mean he was getting to go to the BMW Performance School, it meant I was minimally guaranteed shotgun on the road trip to get there. It wasn’t until about one month later that I learned Christmas was coming early, literally, and I was going to be able to attend the clinic with him. 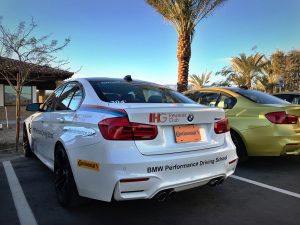 We were scheduled for December 20th, which was perfectly situated during Winter break and allowed us to make a pretty killer road trip out of the 6+ hour drive. Our first stop was in Solvang for the required pastries and danishes, we enjoyed L.A. traffic for a good portion of the next day before making it to Palm Springs in the evening. In case you’re interested, aside from the Performance Center, the rest of our desert trip included every possible site and sound the greater Palm Springs area has to offer, not to mention two days worth of near biblical rain. On a side note, the 650i handles magnificently in 8 inches of water. 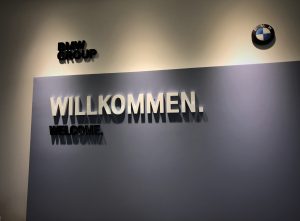 On the morning of the 20th, we slammed our bottles of Starbucks unsweetened and were out of the hotel by 6:00 a.m. It was roughly a 30 mile drive from our hotel to Thermal, CA, which is where the Performance Center is located. The facility itself can be found somewhere off the 10, past orchards and well secured behind a massive wall in the middle of the desert. We made our way past security with a nod and smile, then entered the parking lot of the main building, which housed the classroom, break room, shop, and lunch area. We were greeted by a fleet of every current M car as well as a sea of non-M performance cars such as the 340i and the M240i.  The break room was well stocked with coffee, tea, fruit-infused water, and an endless array of snacks. In case you were wondering, yes, I did just describe the way I hope to find heaven. 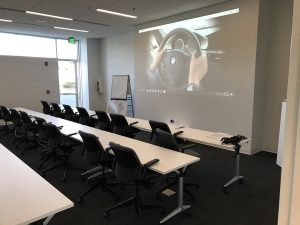 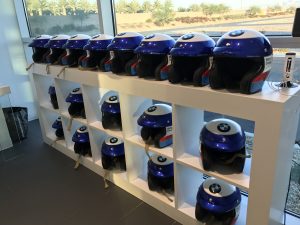 After a quick presentation on the basics of car control and assists, we were off to do slaloms with each person in their assigned M240i. The exercise was very straightforward, especially coming from attending monthly autocross, where slaloms are almost required by law. My fellow students had varying degrees of approach, ranging from dodging cones at gated community speeds to, “I just stole this, I’ve got warrants and I’m out on parole.” Guess who was in the later group. 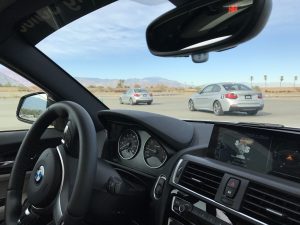 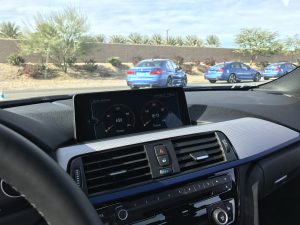 After numerous laps around the small track configuration, we swapped to the 340i so we could really get into ABS. After the two groups were finished with their alternating exercises, we all met in the lunch room for a wonderfully catered meal of quinoa salads, Parmesan chicken sliders, fruit, fresh wraps, absolutely massive cookies, and many other delectables that have unfortunately since slipped my mind. The instructors also ate lunch with us, which gave us a great opportunity to talk car. 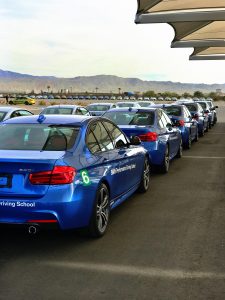 After lunch, we moved to practicing very quick lane changes, which like the slaloms, had varying degrees of approach, although the instructor made sure to comment on our speed via the in-car walkie-talkies. The car of choice for this exercise was the M240i. Drivers were expected to start at 35 mph before graduating to 45 mph. As it turns out, these cars will do exactly what you want, assuming you are capable and willing enough to manhandle the wheel in a hurry to clear the cones. 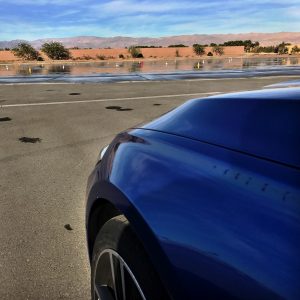 With more than half of the day under our belts, and just when I thought they’d run out of ways to amuse me, we were given access to the Wet Skid Pad. The lesson: how to correct a slide and stop in a safe manner. However, the kind instructors (you know who you are, Emile) allowed us to try to attempt a full lap around the pad sideways. With such a slippery circle, throttle finesse was extremely important. Too little, and you’d look like an elderly vegan attempting to drift an Accord coupe in the Whole Foods parking lot, too much and your car would become a poorly erected, 1960’s carnival ride, funnel cake not included. Either way, I can safely say, if you were looking for somewhere to practice tofu delivery skills, this was the place. 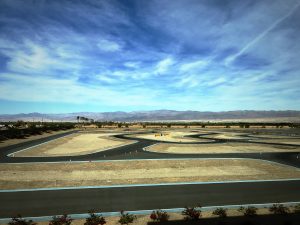 With the sun getting low on the horizon, the day was sadly coming to a close. Fortunately for all in involved, we still had the finale: Timed Laps around the previously mentioned handling course, saddled up in an M240i. With the timing systems in place, this was where pushing the Sport+ button became part of my latest OCD ritual. I had always understood that reaching the finish line sideways was not traditionally the fastest way around the track, however, this event made me believe otherwise. I’m actually finding myself a bit guilt stricken about how long those tires lasted (it was not long). Out of a class of 15 or so people, my dad, Markus, had the fastest time. Any guesses on who was only 0.013 seconds behind him? No? Okay. It was this guy.